Other Stitches--What I'm Working on Wednesday

There has been some other stitching going on besides Winding Ways.  Two of the projects I can't show, but am having an interesting time with. As noted in this post here, I joined a Round Robin in my  Modern Quilt Guild.  So far I have worked on two member's projects, both very different, and last night we swapped again.  The quilts will have four rounds only and there are no specific steps for each round, though a border of about 5" at most is suggested.  Being modern, it is all about improv and design, using either fabrics provided or adding your own.  It is really challenging me!  We will have the big reveal in June. Can't wait to see what mine ends up looking like, from this: 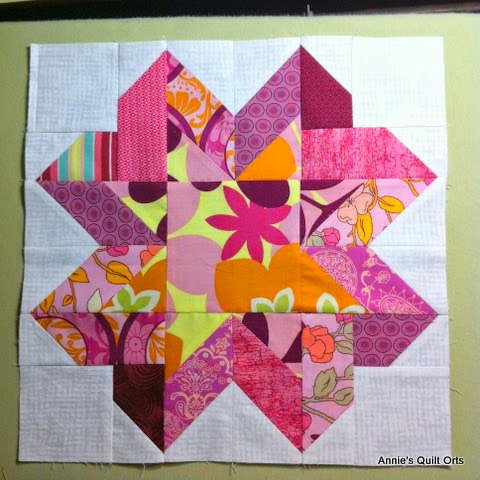 Also in that February post, I showed the rescue project of the 80s/90s medallion star.  That quilt top is now at a decision making stage, after I added this border: 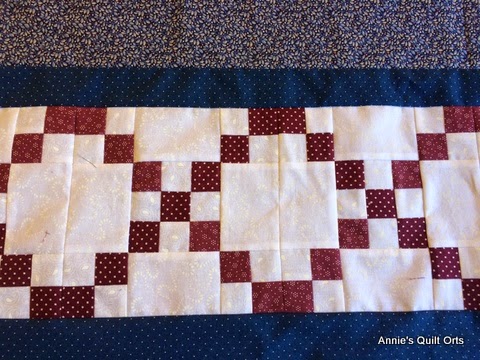 I banded the border with the darker blue dot you all helped me decide on. Now I need to decide if I should call it a finished top or not and I'm soliciting opinions:  With the extra blue print beyond the chain border... 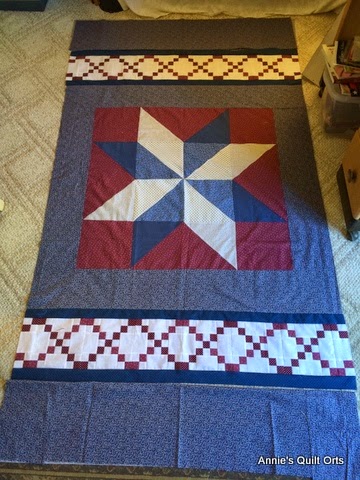 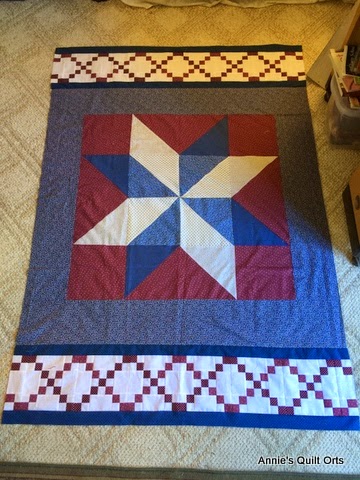 Without the extra yardage, this top is a good lap size, I'd say, about 45x60.  Kinda too big for a wall quilt, I think, but I could add a hanging sleeve anyway.  Opinions? My sister Kathy votes for without.

Leader-enders continue as well, of the four patch variety #apqquiltalong.  I used them while making a backing and binding for the Scout baby quilt for my daughter's friend.  That needs to be basted and quilted and bound and labeled and GONE.  My guild is having a sew-in this weekend that my sister and I have signed up for, and I plan to work on that quilt. 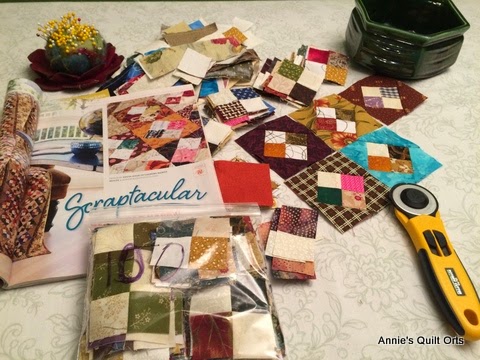 I'm making four patch blocks for my version of Edyta Sitar's Scraptacular quilt from American Patchwork & Quilting.  Mine are bigger, as I started with 1.5" strips and squares and not 1.25".  My blocks will square up to about 3.5" after adding the triangles.  I'm having a great time throwing everything together and mixing batiks, CW, brights, and graphics, as Edyta does. I have sewed more than 150 four patches so far and have lots of strip sets sewn and ready to cut into pairs, a pile of matching 2.5" squares to slice for triangles, and some already sewn and trimmed twosies.  Scrappy is best in my book!
at April 15, 2015

Very pretty block. It will be interesting to see what gets added.
I vote no added yardage. Looks like a good size as is!
Love what you are doing with the 4-patches. That is another thing I have been working hard to resist joining! : )

Really like that block! Looks so Moorish. I, too, look forward to see what they've done with your block. I vote for without.

I love your center block. The challenge should be fun. 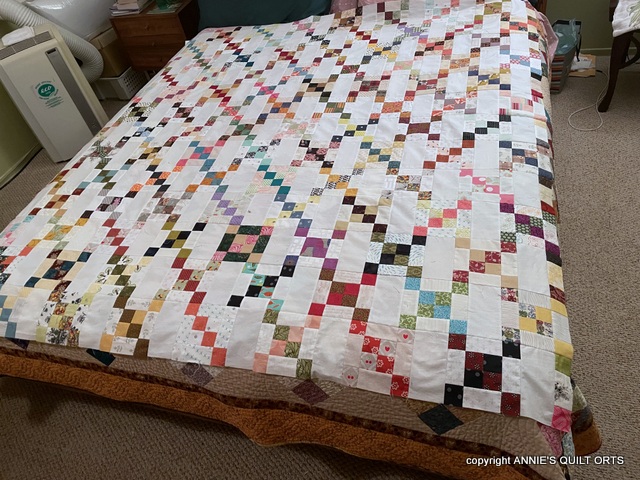