Worldwide Quilting Day--isn't that an amazing visual, folks all over the planet using needle and thread to create. I wanted to piece, so pulled out the box of finished Log Cabin Loonies blocks.  I had saved a photo of a trial layout, and luckily had blocks already pinned in groups of ten. I started with 1.5" strips for my log cabins so they will finish at an odd size, 7.5". 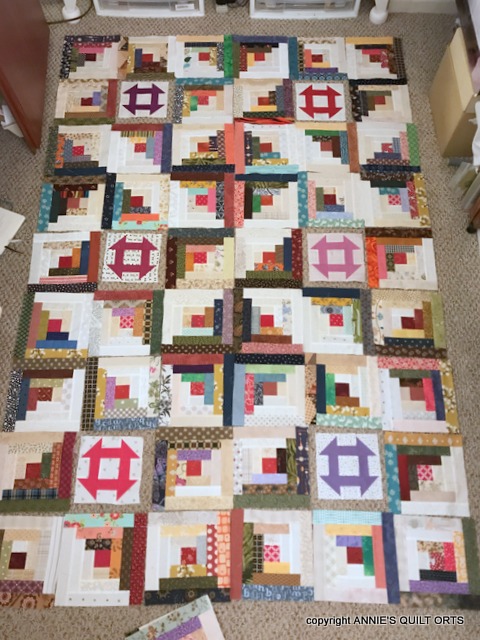 This is the most blocks I could layout on my sewing room floor this direction, but since there were lots of log cabin blocks, I decided to add another row to each side to bring the top to 60" wide and 67" long. This pic was taken before I sewed skinny borders around the 6" finished modern churn dash blocks from Barb's (Fun with Barb) swap a few years ago.  I was glad to find that job had been done when I opened the box. 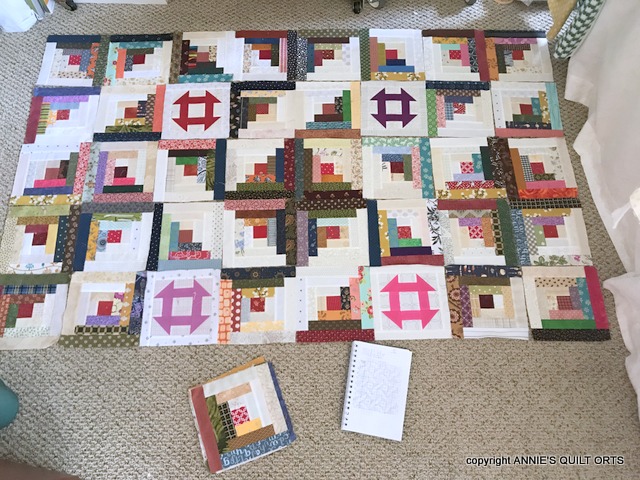 The extra blocks on the end of each row complete the light diagonal stripes well. 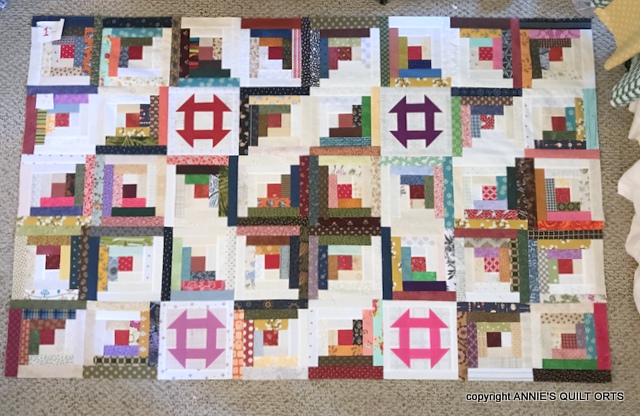 It looked even better all sewn up! The bottom half of the quilt is yet to assemble-- I've not decided if a border will be necessary to finish the top. I'm sewing more 2" squares into 16 patches as leader-enders, and have an exciting setting idea for the Easy Breezy leader-ender blocks that I found on Pinterest.  More piecing in my future--love it!

Our daughter Elaine sent a photo of grandson Cove and me at the backyard family gathering last weekend, after he wanted to try Mimi's tea. 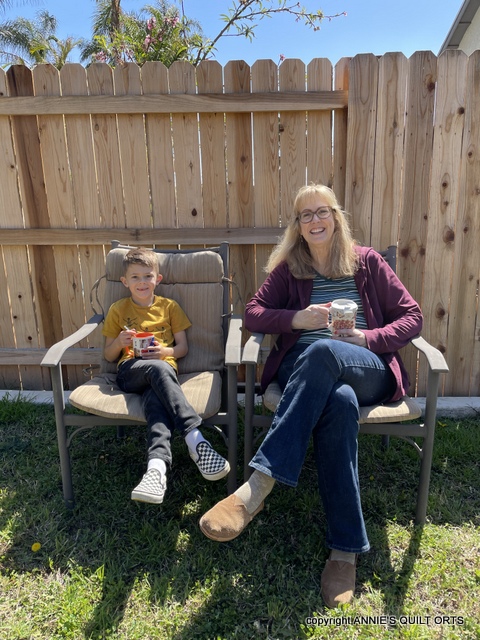 She texted me one morning a few days later, "Cove is bugging me to make him a cup of tea".  So funny!

My sister and I went today to visit our Uncle Fred, who post-stroke has been moved to a nursing home for comfort care.  He seemed to recognize us, but it was hard to tell, as he isn't able to talk. He was moving his head, right arm and leg. 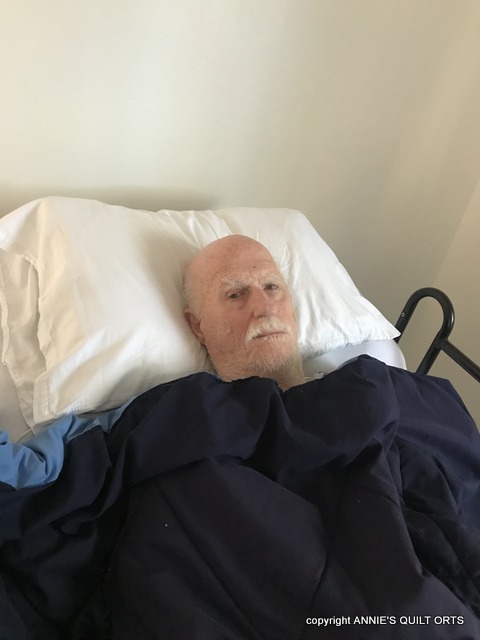 He has a nice big window in the room and it was clean and the staff are taking good care of him.  We'll visit again soon.
Posted by AnnieO at 8:50 PM

OH I love your log cabin loonies quilt!! Perfect, and so different! I am so very sorry for your uncle.

Love the layout of your log cabin and churn dash blocks. It makes a totally different quilt with the churn dash blocks. Great job! I can't believe how big Cove is! Is it really the same tiny baby you presented to us, not so long ago, wrapped in a hospital blanket, as your first grandchild? What a cute boy he is. Hopefully, your uncle will continue to get better. The fact that they moved him into a nursing home is a positive step. Take care. ;^)

I LOVE your quilt in progress..so much interest there. Funny that Cove would like your tea. My mom always had hot tea but I only like iced. I've tried hot tea and coffee and can't like either. So sorry for your uncle..I cared for one lady in the hospital that had had a stroke. It was very evident she was 'there' mentally and had no movement or speech. So sad.

Great interest in your Log Cabin Looney quilt! Still praying for your uncle. I'm so glad you were able to visit him. Such a hard stage of life.

That is a great setting for your log cabin and churn dash blocks!
Love that photo of you and Cove with your tea. Very cute. Was it a flavored tea?
Oh, that has got to be a hard thing for your uncle to accept. I am glad he is in a nice facility--good of you to visit!