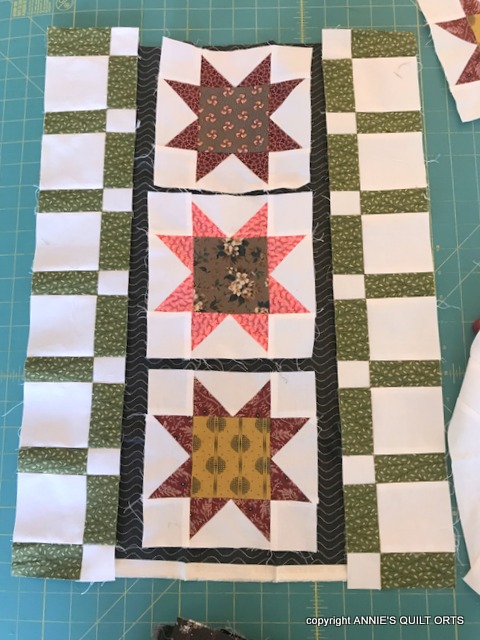 Playing with options for Lori's Doll Quilt Swap on her Humble Quilts blog.

I've been sewing some while remembering our dear Uncle Fred, who passed away last weekend--just over a month after his severe frontal stroke. Sadly, no one was allowed to visit him on his last night, as a staff member of the nursing home had tested positive for COVID.  I visited three times the last week, and he was the same, nonverbal for the most part, though did make some sounds.  He remained unable to swallow, but could move his right side and turn his head, rub his face and chest, and look out the window.  He offered his hand to hold at times, and looked at us.

Our brother Kevin has been handling most of the heavy work, setting up for burial and in contact with staff at the nursing home and his senior living home.  My sister and I spent most of one day boxing up all of Fred's belongings from his studio apartment.  Not much was organized--we found odd things together in drawers, cupboards and closets.  Some boxes had never been opened since he moved in.  His grade school and high school report cards were in three different spots.  I found his Navy bonnet in the nightstand... 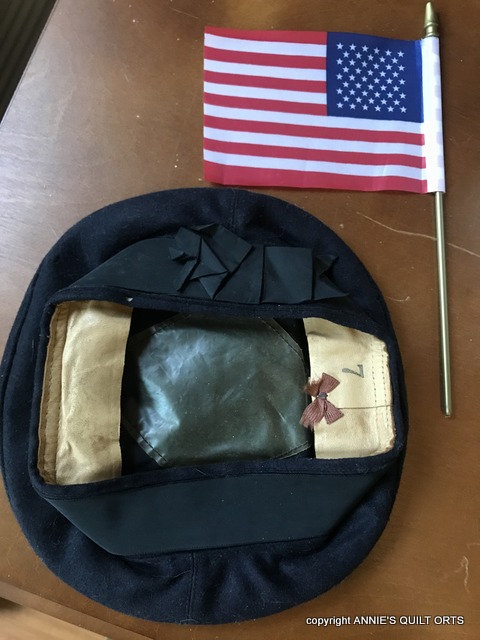 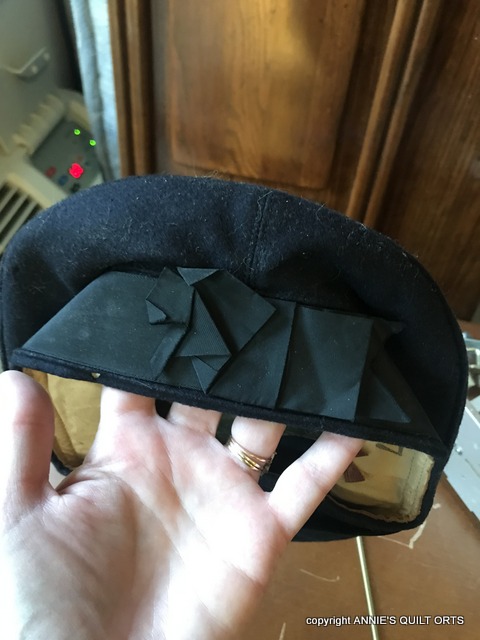 Fred was in the Navy for 3-4 years after one year of college.  I always thought he was stationed in Alaska, and our Dad reported he sailed to the Kodiak Island station from Pearl Harbor, which I had never known.  In another place I found a Navy manual. 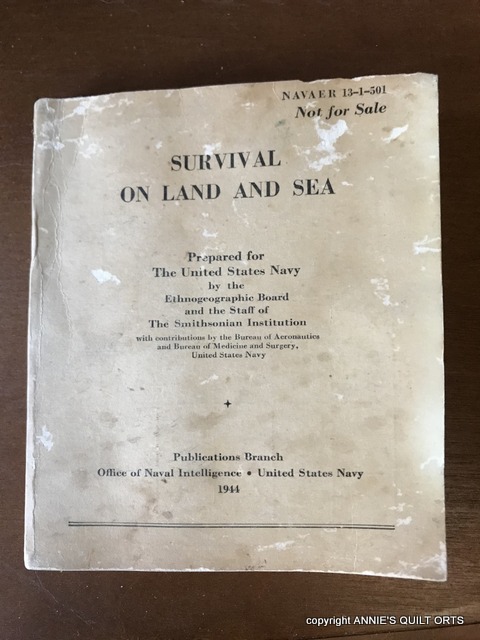 This must have been their father's, as it was published in 1944.  Grandpa joined the Navy during the last part of World War II and was a Cook on one of the first ships to reach Japan. 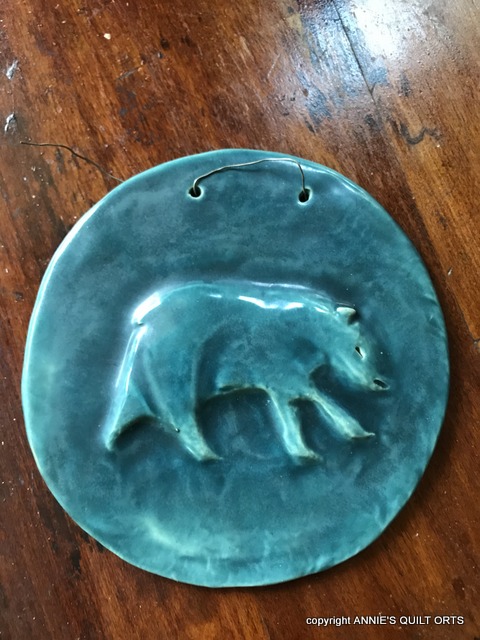 Fred saved this bear plaque he made in grade school.  There were tons of slides and photos from many trips, and a vintage manual typewriter in its original case.  We were very very tired but got everything ready for our brother and nephews to load up and take away.  On our way out, one of the residents greeted us and said how well-thought of Fred was there, and that he will be missed.  We are all glad that he spent his last few years among so many folks who liked and appreciated him. He will be interred in a National Veteran's Cemetery here in California.  We hope to have a celebration of his life when COVID eases.  Our Dad and brothers will always cherish memories of all the card games, backgammon, and chess games they played and lost to Fred!

So sorry for your loss, Annie. No matter how ready we think we are to say goodbye, we are never ready. No words can fill the hole he left behind in your heart, in your soul. All I can say is consider yourself hugged. 💗

That is a tough job packing up what is left of a life lived. My mom died in 2000 in an assisted living facility but there was a lot even there in that little studio apartment. I'm sure he felt the love and friendship of all of those around him. He was lucky to have you guys.

My heart goes out to you. Loss is hard at any time but with the current limitations it seems a harsher line is faced. You and your siblings made sure he knew he was loved though. Prayers for your comfort and peace.

Annie so sorry to learn about your Uncle Fred’s passing. Prayers for your family. It’s interesting what we hold onto. I love the bear plaque.

So sorry for this loss, Annie. Sounds like you and your siblings did what you could for him, under the circumstances. I'm sure your visits were comforting--to know he had family who cared.
Prayers for your family to feel peace and comfort.

So sorry to hear about Uncle Fred's passing. It was interesting to see what he has kept close to him in his final years but it must be hard for you to make the decisions about what to keep and what to let go on by. He was very fortunate to have family to take care of him in his life and afterwards.

So sorry for your family's loss. Looks like he lived a pretty full life and left good memories with everyone.