Typically in Southern California, low clouds and fog hug the coast in the morning and burn off in the early afternoon.  No so for the past week or so--it has been socked in all day, living up to the June Gloom title.  While that means we don't need to get out our room air conditioning unit yet, it makes for long days with no sun!  It has been easy to stay in the sewing room with this weather. 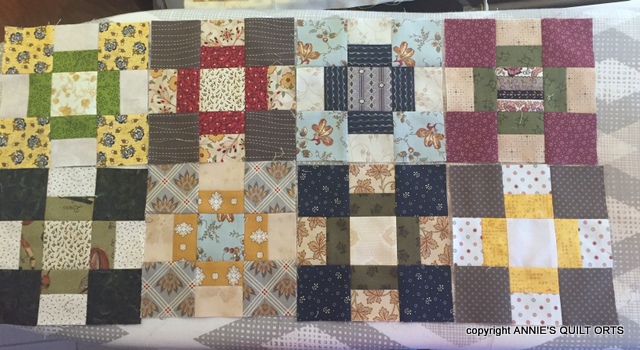 I think I have finally made enough of the Chunky Churndash blocks to move on to the alternate hourglass block.  For that I will have to confer with my Dad about what colors to use. The dark red print I bought during the Coastal Quilt Run may appeal to him.  One thing I noticed about Bonnie's free pattern (available at Quiltville.com) is that no yardage measurements were given for the alternate blocks or the borders!  I'm sure I can figure it out but it would have been nice to have a starting point--my version will have more blocks and less border.  I will use her Essential Triangle tool to cut the quarter-square triangles from strips instead of the usual  big squares cut twice in an X.

Some slow stitching has also been happening on the Blackwork embroidery I am making for my sister. 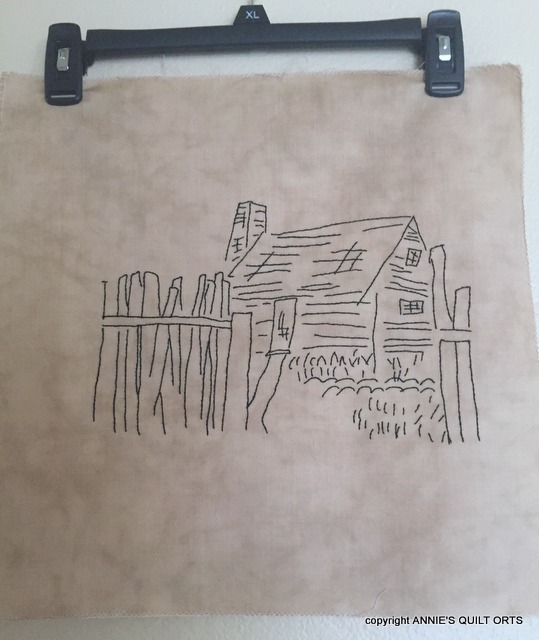 The first of four panels is now complete.  Once all are stitched, I will set them into a small quilt per the pattern. 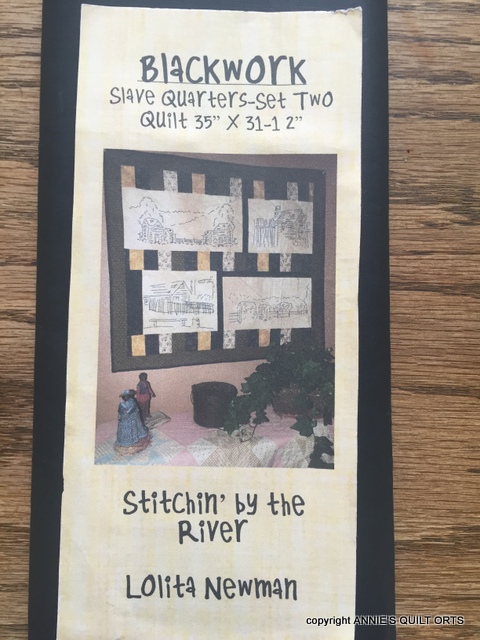 My version will be much scrappier, though, as the Civil War prints drawer is absolutely jammed full.


I took a couple of days off to join my husband on his vacation week.  We had a late breakfast invitation today from daughter Elaine and grandson Hunter, and afterwards we did a bit of shopping and then drove up into the hills above downtown. 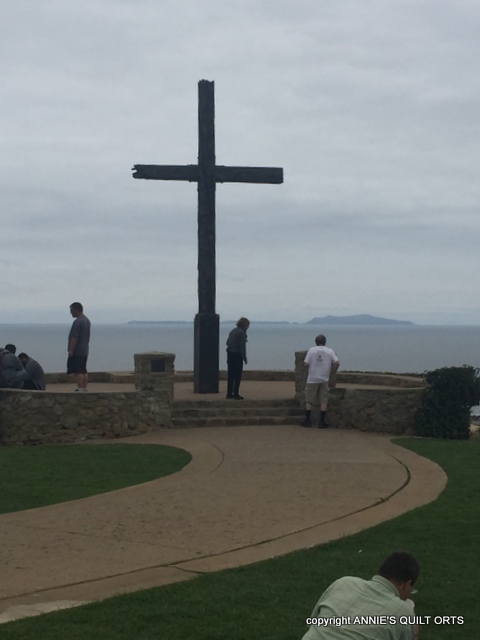 This whole area was burned in the Thomas Fire in December 2017 and the cross was damaged. A lot of work has gone into re-landscaping and reviving the area, which is called Grant Park. 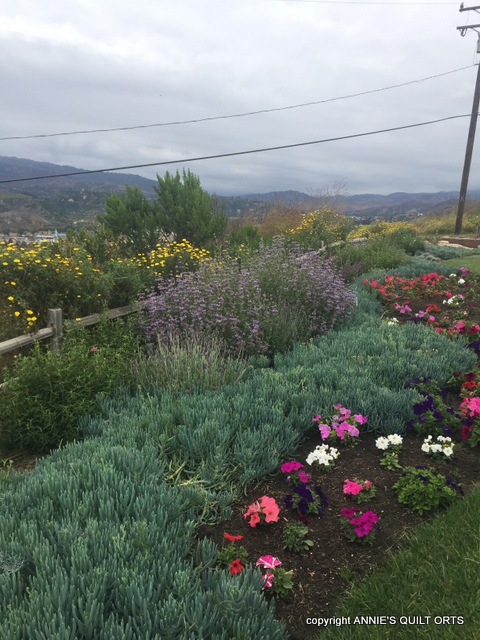 Lots of new plantings with an emphasis on native plants.  None of this was here when Grant and I were married at the cross decades ago. 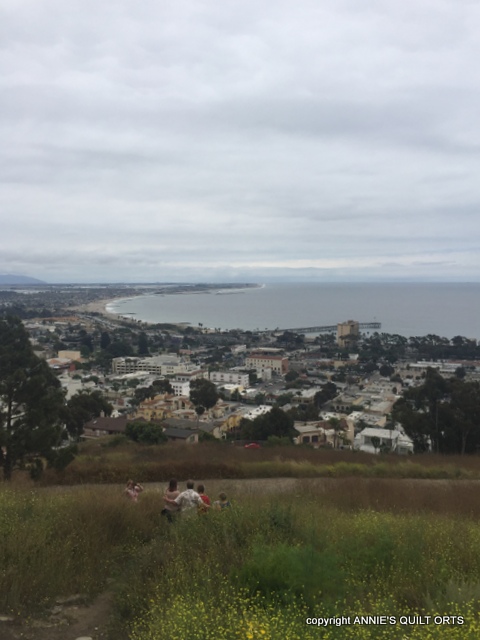 I captured some folks getting their group photo in my attempt to photograph our pier and coastline looking to the southwest. 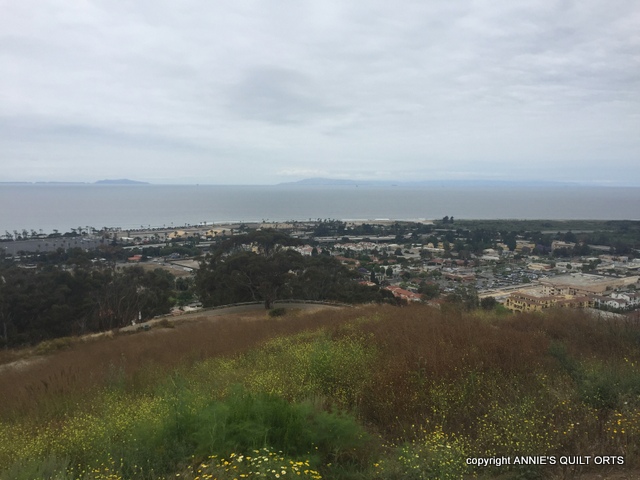 Though it was overcast we were still able to see our Channel Islands off the coast.  The big gray paved area on the far left is our Fairgrounds parking area.  The Fair begins at the end of next month, which means there will need to be a lot more time in the sewing room if I want to enter anything!  I told my sister I have 8 quilt tops in the closet...
Posted by AnnieO at 12:06 AM

You are moving along on your Dad's quilt. Looks you had a great day of just hanging out with Your Guy. It's been so wet and rainy here this spring, it's been easy to forget what the sun looks like. It's been sunnier this week, but now it seems we went from cool and rainy to hot and humid overnight.

Even in the gloom the scenery your photographed is beautiful. It must be very moving to see the cross still standing after that terrible fire...

And your Churndash quilt certainly brightens up your sewing room!